We Love KOTZ radio – The flavor of the Northland!!

I’m looking at the tracker and the Checkpoint list and I am seeing Pete and the Team muscling their way into 4th place! Trackers are down for Cim Smith and Tony Browning, who are the real race in this event as they have been battling for second place for 100 miles.

But Pete and the Team left Noorvik in 5th position just after Abbie West and both of their trackers are operational. Tracker shows Team Kaiser 8 miles in front of her. 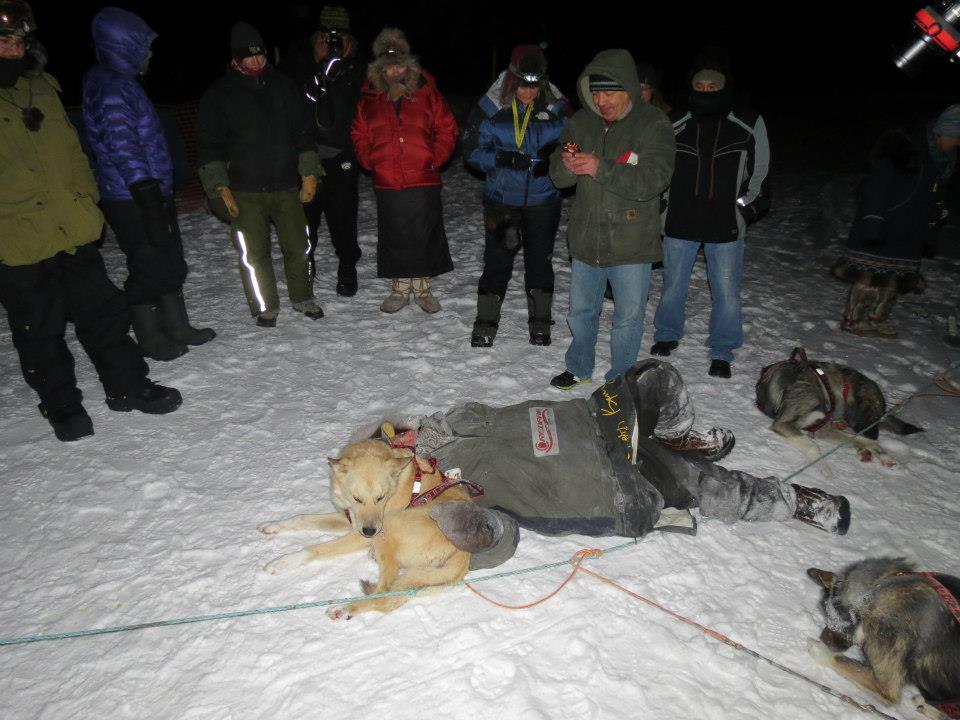 Jeff King and his Team arrived at the Finish Line at 3:30 this morning to win the 2013 Kobuk 440 in what may be record time. (I don’t have earlier records, but it is the fastest on their website)

Trackers seem to be offline for several mushers that should be finished by now, but Team Kaiser’s tracker is still operational and puts Pete and the Team about an hour from the finish. Expect them at the finish line between 7 and 7:30 this morning if not a tad bit earlier.

Current Weather in Kotzebue is clear with a temperature of -4 and light winds. It has been a beautiful race weather wise and I’m sure that Pete is very glad to have been there. The top teams in the world of sleddog racing have joined to put on a great run. 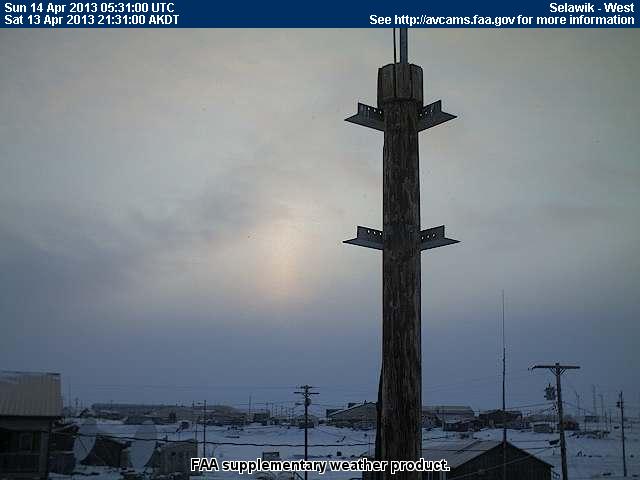 Pete and the Team are solidly in seventh place as they head west towards Noorvik. Today has been a long one and everyone is once again watching Jeff King move solidly towards the finish. All of the mushers have taken their 20 hours of layovers, but expect breaks as they move towards Kotzebue and the finish.

Jeff King is on a record pace in the 2013 Kobuk 440. The Noorvik to Kotzebue trail time is between 6 and 7 hours which would put him into the Finish Line between 2am and 3am. Pete is running about 3 hours behind him, so I am expecting a Team Kaiser finish by 7am tomorrow morning.

Here are some great photos from Sam Towarak in the Ambler Checkpoint.

Good Morning Race Fans! Day 3 of the 2013 Kobuk will seem like a De’ja Vu moment for veteran Kaiser Trackers. In what is seeming to be a similar story from the Kuskokwim 300 earlier this year, Jeff King seems to be the Team to beat. King’s Team has a substantial lead with Tony Browning solidly in second.

Pete and the Team have moved up during the night and though we have heard from the trail that Pete is suffering with a stomach bug, you would never know it by looking at the leaderboard. Pete likes to hold back and keep a steady pace during his races and then let some speed loose during the latter half. This appears to be his strategy once again. Pete and the Team are presently in 6th position with over 15 hours of rest spent of the 20 he started with. Most of the teams are pretty equal now in terms of rest, so we will see how this shapes up.

Here’s some photos from yesterday’s Ambler checkpoint thanks to Team Kaiser friend Sam Towarak. Everyone looks pretty happy from the looks of it and are having a real fun time. What a beautiful race!

Pete may not be feeling very good, but he is moving along nicely. Mushers aren’t taking any layovers over the Kobuk loop and Team Kaiser is no exception. Pete and the Team reached the Kobuk turnaround about 8:30 and is headed back to Ambler and another break.