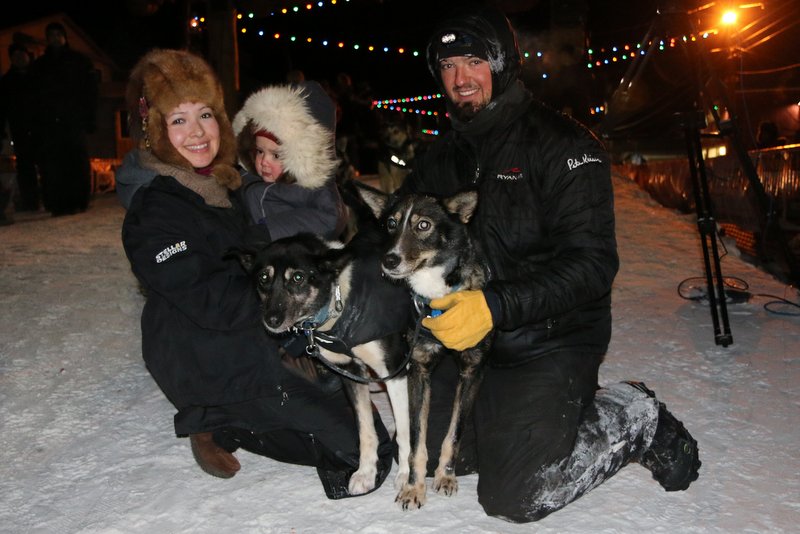 A good group of Fans and well wishers almost missed Team Kaiser as they crossed the Burled Arches in Nome. Pete crossed the line at 6:28am with 13 dogs.

In addition to taking 11, 13, and 14th place checks, the Kusko Trio also picked up Awards that are truly honored in dogsled mushing. 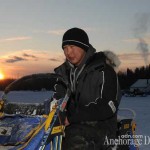 Mike Williams Jr. was selected by the other mushers for the Sportsmanship Award. He was presented the trophy by Aaron Burmeister, who he came upon on the trail to Nikolai and assisted in getting Aaron back on his sled with a knee injury.

Mike received an engraved trophy presented at the Nome banquet by Aaron Burmeister, President of Iditarod Official Finishers Club. He also received a check for $1,049.00 from ITC and a plaque. 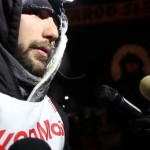 Richie Diehl placed 14th in the 2014 Iditarod, improving a whopping 22 places over his 36th place finish in his rookie race.  Richie won the Horizon Lines Most Improved Musher Award which honors the musher who has bettered his/her last previous finish by the most number of places. He received an engraved trophy plus $2,000.00 presented at Nome banquet by Kenny Gill, Senior Director of Operations for Horizon Lines.

Guess What? I found a whole set of Video Clips that I forgot about! (Nome will do that to you) This looks like the same, but it has a better ending from the dog yard if you are interested. Worth the wait!! 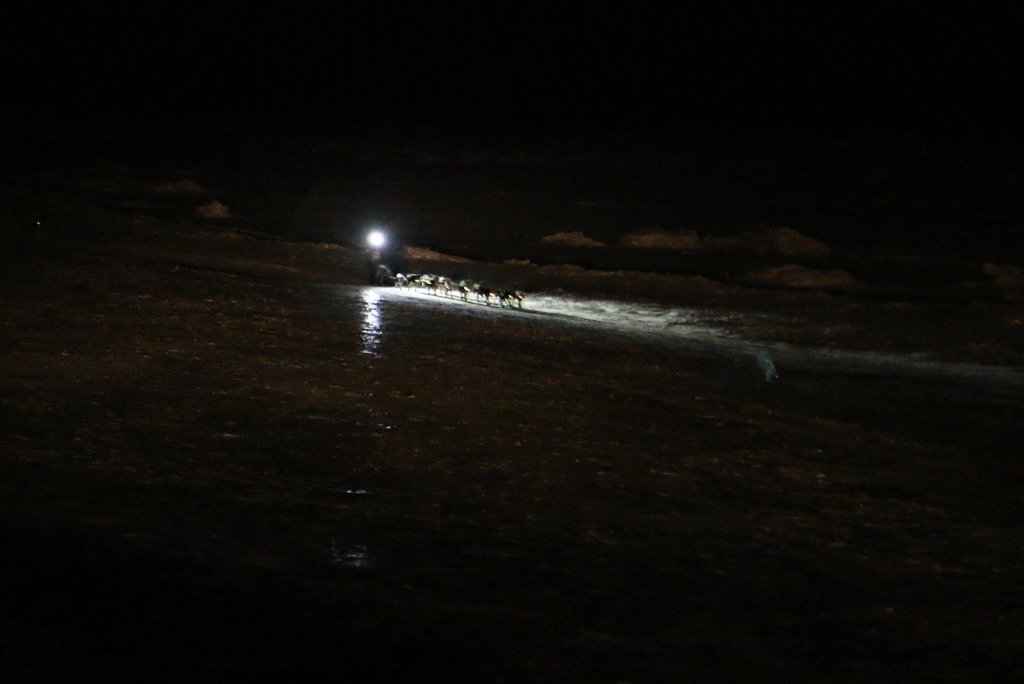 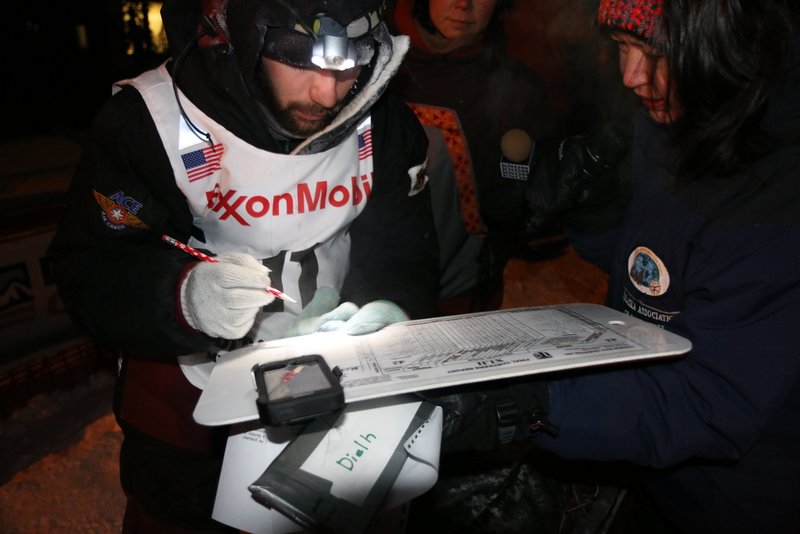 Real Diehl Racing Official Time – 9 Days 16 Hours 35 Minutes 40 Seconds. Just getting back to our host family’s so I can post all of the video and photos.