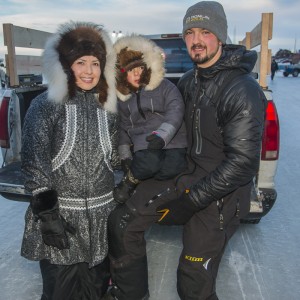 Pete Kaiser is 32 years old. He was born on May 6, 1987 in Bethel, Alaska. His childhood was spent fishing, boating, hunting and running a small team of family dogs on camping trips and in local races. In his senior year at Bethel High School he won the Akiak Dash, a 65 mile race put on by the Kuskokwim 300 Race Committee during the headliner event in January. Later, while attending college, Pete decided what he really wanted to know was everything about dogs. That passion turned into dog mushing full time.

A love of the outdoors is how Pete Kaiser arrived at making a life of running dogs in the winter and working on a tugboat in the summer. Pete was born, raised and graduated high school in Bethel, Alaska. His Bethel roots extend back three generations to include a great grandfather who came into the country as a goldminer and hired out with his dog team for extended trips from the Interior to Bristol Bay and a Yupik great grandmother orphaned by an epidemic and raised in a mission orphanage.

The decision to become a dog musher gave his life focus and purpose. Twenty years old, energetic and hard working, he became serious about learning everything he could about dogs, training and racing. He found he was well suited for it, and liked spending most of his time with the dogs. 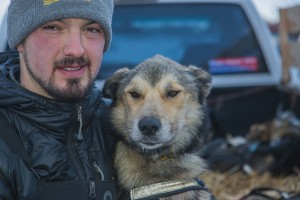 t then, Pete’s friendship with Ed Iten, an experienced Iditarod, Kobuk 440 and Kuskokwim 300 musher became an important mentorship. Ed was willing to share his experience and knowledge just as Pete was getting started in mid and long distance mushing and needed to know more. Ed remains a valued friend and is missed at the races.

Pete had been introduced to mushing years earlier by his dad, who had a dog team. With his sister Tillie and friends, there’d been hours of enjoyment running dogs to winter camps and racing in Sunday Fun Runs put on by the Kuskokwim 300 Race Committee. The Kuskokwim 300 race itself was a highpoint of the winter, especially with dad having run it and mom having managed it and served on the board.

His life since then has been marked by seasonal employment, managing a kennel and racing. In 2009 he ran the Kuskokwim 300, the Tustemena 200 and the Kobuk 440. All were needed qualifiers for his first Iditarod in 2010. He’s run in every Kuskokwim 300 since 2009 and every Iditarod since 2010. Along the way, in 2012, Pete and Bethany Hoffman welcomed their son, Ari Joseph, into the world. He’s found many ways to fit right in, from making puppy howling sounds to playing for hours with his heavy equipment. His favorite is the excavator.

2015 got off to a great start. Pete’s dream of winning the Kuskokwim 300 came true in January. Pete is the first local musher to do so in 29 years when Myron Angstman finished in first place. It was a sweet victory to share with his hometown of Bethel and the Y-K Delta. Sponsors, friends, family and long -time handler, Jen Peeks, have made it possible for Pete to compete with the best of the best. He can’t do that alone. There are so many contributions, both corporate and personal, that have encouraged him, allowed him to get better at it and paid bills. All are giants. Thank you.

Following several warm winters offering little to no training, Pete purchased “The North 40” halfway between Nenana and Fairbanks. Team Kaiser now has a permanent place to train in addition to the Bethel area when training conditions are poor. He remarked that he is already looking forward to training earlier next year as Nenana gets cold and snow earlier in the season. Richie Diehl joined him at the ranch as well and they have both really enjoyed the good conditions up there.

Following a consecutive Kuskokwim 300 win in 2016 and a photo finish win in the Denali Doubles, Team Kaiser is ready and rarin’ to go for Iditarod 2016. Wherever he finishes, Pete’s goal is always the best possible performance and a happy, healthy team. 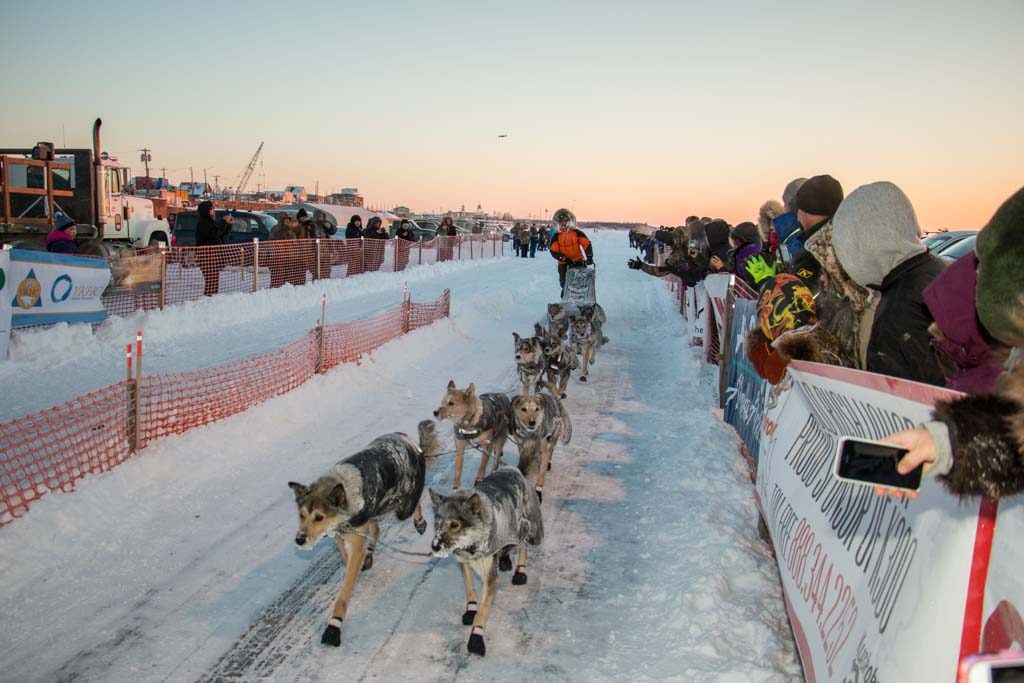 2019 was the culmination of a childhood dream. After finishing a close second in the 2019 Kuskokwim 300, he went on to win the 2019 Iditarod in front of a huge group of Bethel fans who had traveled to Nome to see him become a hometown and rural Alaskan hero. 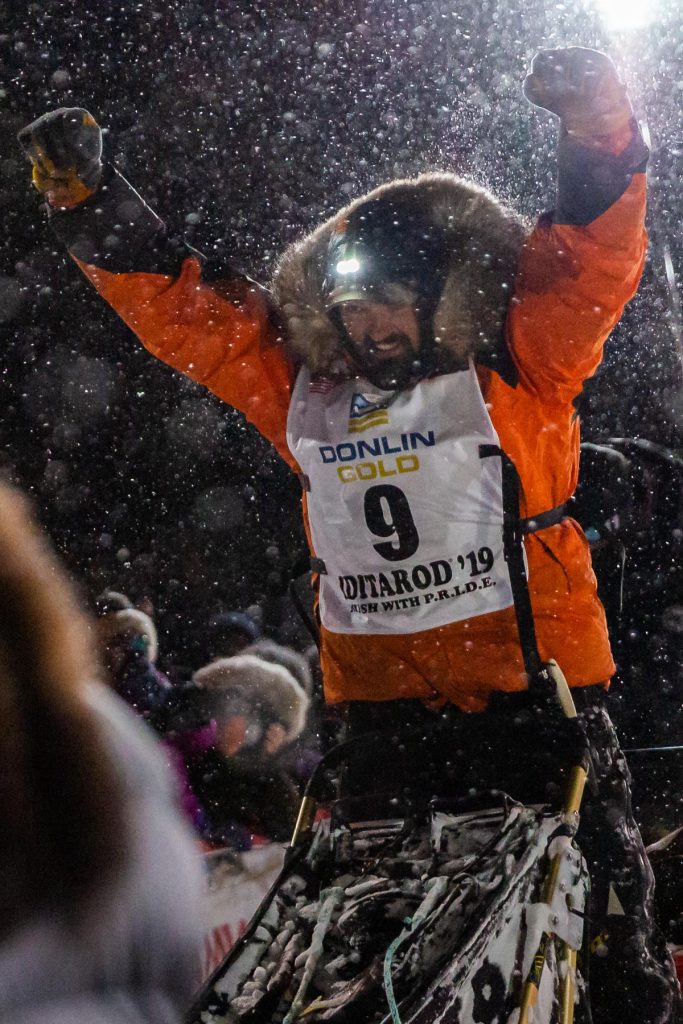 His Yup’ik heritage resonates with all Rural Alaskans and in 2019 he was requested to be the Alaska Federation of Natives keynote speaker.

Pete’s 2020 racing season began with a 5th win of the Kuskokwim 300 in Bethel. He is very excited about the progress of his racing career and the progression of his dog line and team training.

Follow along with us from the Starting Line to the Burled Arches in Nome! Go Team Kaiser! 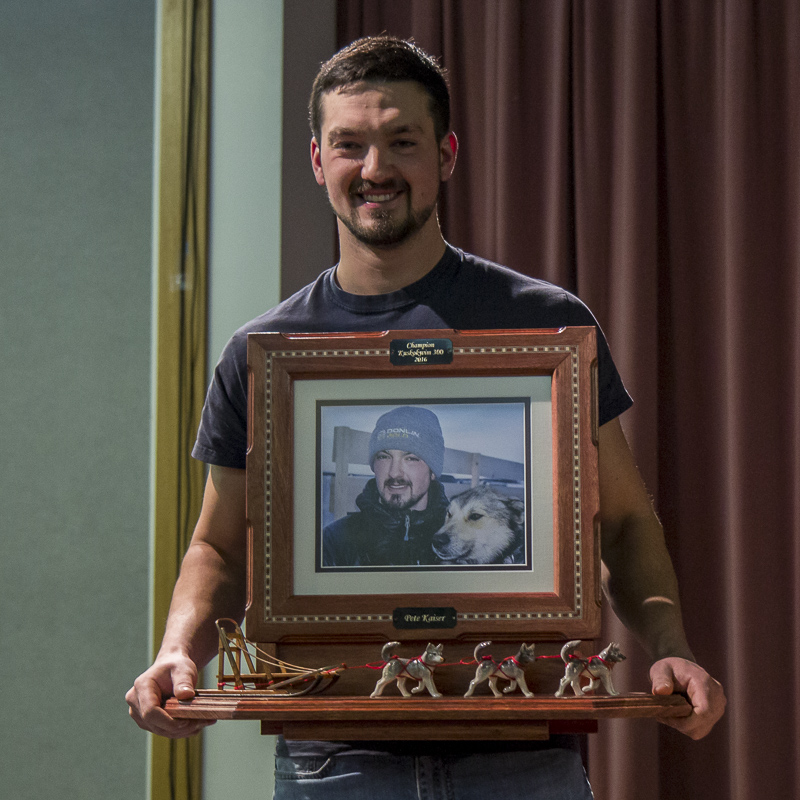