GPS Tracker has Pete on Main Street in Galena.

I have added a GPS page for the Iditarod Insider. Apparently it has been free since the start of the race. As soon as it gets exciting, it want a subscription. (I subscribed thinking it was members only, but it is members only during the end of the race I guess– Odd Business model….)

The folks at Galena are shooting photos as we speak! 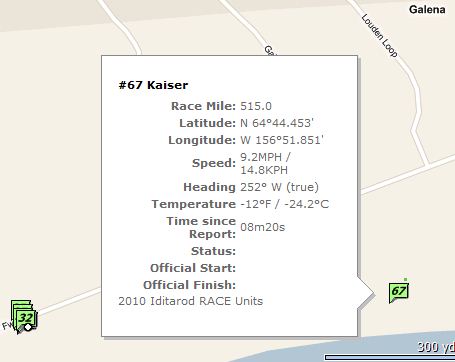 GPS Tracker shows Pete and his team back on the trail, about 3 miles out of Ruby. Next stop Galena right after lunch!

It’s a cold one on the Yukon this Morning! Temperatures from Ruby to Unalakleet and then on up to Nome are in the -30 degree range. It’s dead calm in Ruby and Galena, but then around the horn on into Nulato and Kaltag, the wind is just barely blowing at 5 mph, but the windchill is a nippy -47 degrees. Fortunately the wind will be at their backs as Pete and his team head south towards Nulato and Kaltag. The temps should rise during the day with the amount of sun that is predicted.

I goofed up my Military time last nite for those who tuned in late. Pete was into Ruby at 10:05pm and could have left at 6:05am after his last mandatory rest before White Mountain, where everyone has to take an 8 hour.

We have some folks lined up to meet Pete in Galena and hopefully get us some shots and a word or two. I’m pretty excited over that!!

Fellow Mushers, Mike Williams, Jr. and Quinn Iten are  also doing a tremendous job. Mike Jr. is also in Ruby and was a few hours in front of Pete into Ruby and Quinn pulled in a couple hours after.  The “Bush Boys” Kaiser, Williams, and Iten are all still in Ruby, but should be leaving shortly.

The next section of the trail should fit Pete’s gameplan nicely. Each checkpoint is about 6 hours from the last. So we may see him run to a checkpoint and rest and run to the next and rest. The other mushers are also using this strategy in this section of the race. With such a strategy, we should see Pete into Galena and then into Nulato this evening.

The trail from Ruby to Galena is a main snowmachine trail between the two villages, so it will be just like running the K300 for Pete and his team. 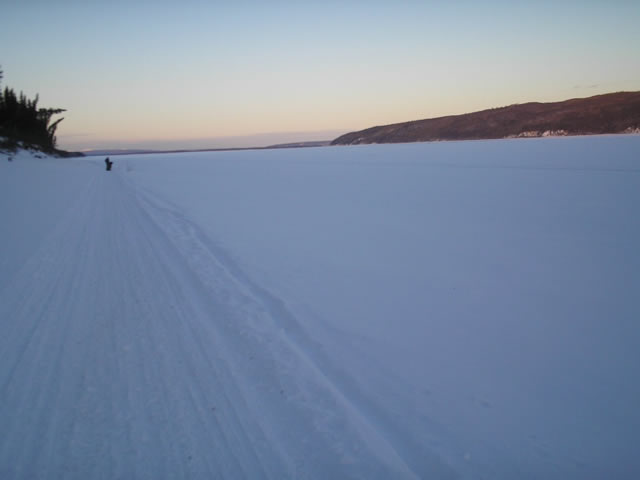 Another night to sleep!! 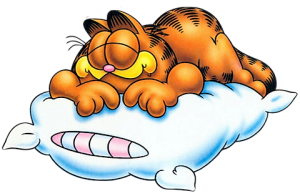 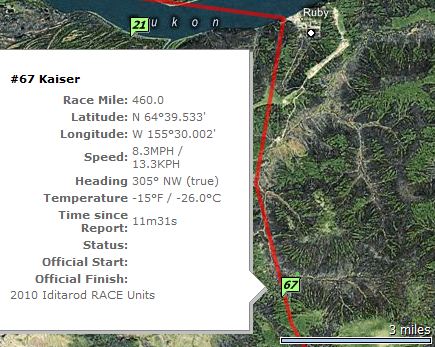 5 miles to go and take a break! Pete is on a equal Run/Rest strategy so I anticipate he will take his 8 hours in Ruby like everyone else has and head towards Galena in the morning.

Pete has been on mining roads for the last 40 or so miles. This is really the last road he’ll see until he gets quite a bit closer to Nome.

Ruby is 497 trail miles from Nome and the finish.

How ’bout a bit of Ruby trivia: (Wikipedia) Riverboats on the Yukon River at Ruby, Alaska during the town’s heyday

The town of Ruby was established in 1911 as the result of a gold rush. Gold was first discovered at the current townsite in 1906 on Ruby Creek. That discovery brought more prospectors to the area. In 1910 word leaked out about a gold strike on Long Creek, 30 miles south of Ruby, and a stampede was on. Discoveries on other nearby creeks followed and Ruby became the supply point for the mines.

At its peak the population was near 3000. By 1918 The town was in decline. Many of the men had left to fight in WWI and several of the towns business people and their families were lost in the sinking of the ship Sophia.

A fire in 1929 destroyed much of the business district and a flood in 1931 took out what was left of buildings on the river front.

After WWII the population of the community had left. Natives from the village of Kokrines moved in to take advantage of the abandoned homes. There are currently less than 200 people living in Ruby.

The largest gold nugget ever found in Alaska(294.10 Troy Ounces)was found near Ruby, Alaska in 1998. 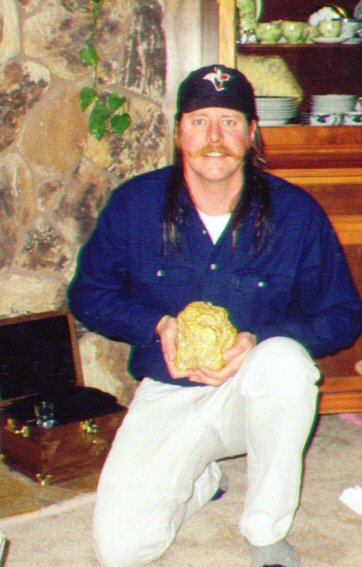 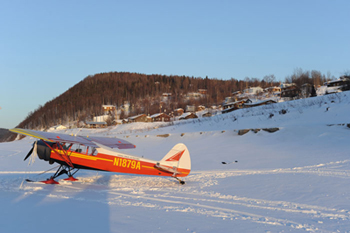 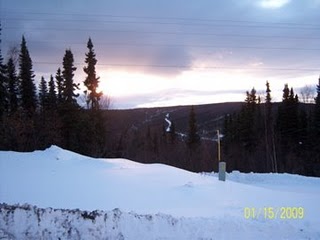 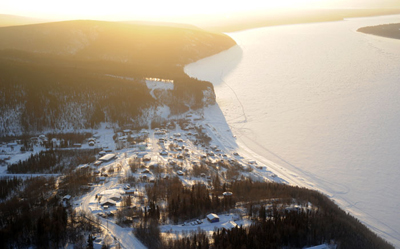 Pete is on the move again towards Ruby. 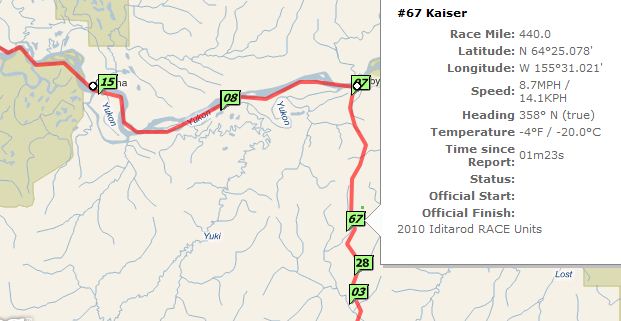 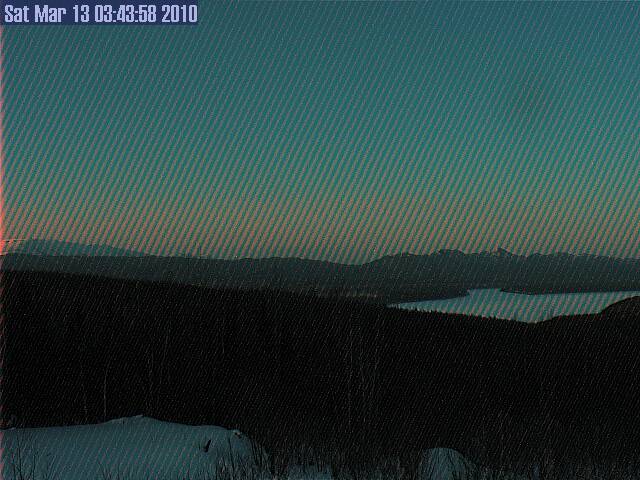 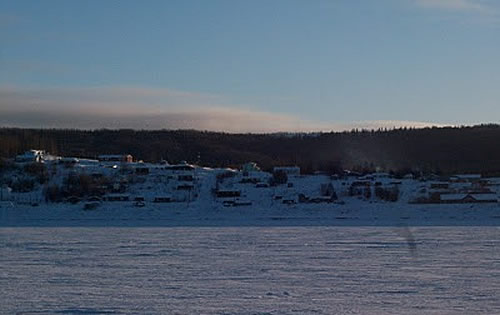