[I’m not sure what’s going on, but now the Iditarod website doesn’t have Mackey into Shaktoolik on the Leaderboard, but on Mackey’s page it does show him in and out]

Like Ali and Frasier, these two mushers at the front of the 2010 Iditarod are duking it out like Boxers in an All or Nothing Match. Mackey arrived in Shaktoolik 37 minutes before King. He gained a whole NINE minutes on the stretch which is a virtual tie. Someone’s got to blink, but both of these guys are locked in an epic battle. This has the makings of one of the great dueling matches of all time. Sure glad I’m here to watch it!

Word has been a bit slow from the trail and the tracker was down, so we were in a bit of a black hole there for a bit!!

Pete made excellent time into Kaltag from Nulato. He posted a 4 hours and 9 minute run for the trip. We’ll see whether he heads out, or takes a break and makes the next run to Unalakleet in the afternoon/evening. He’ll say good-bye to the mighty Yukon River and head for Old Woman’s Cabin and the Bering Sea from here. From Moose hunters on one side, to Seal hunters on the other. Go Man GO!

Thanks to our Iditarider that pointed me to this interview. Enjoy!

Pete left Nulato at 9:56am this morning. 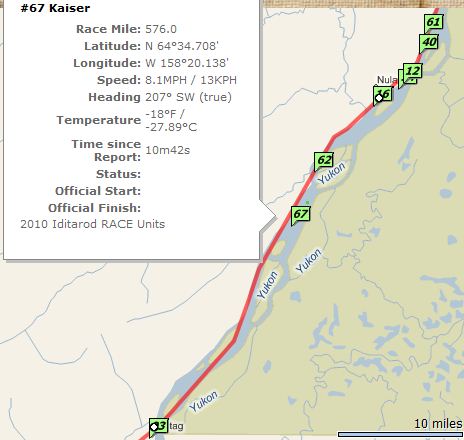 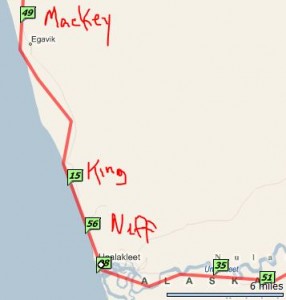 King and Mackey are battling it out towards Shaktoolik. Mackey took no rest and went straight to Unalakleet last night with King arriving 3 hours behind him. This morning Mackey left first with 6 hours rest and King is now out 45 minutes after him with 3 hours rest. Their times from Kaltag to Unalakleet were virtually dead even. Mackey is 4 miles in front of King at this point.

What a race!! It never seems to end with those two!!

Neither the Tracker or Standings show Pete as out yet.

Cams page has been updated to show the Unalakleet Steerable Camera at the checkpoint. Check it out!

As the competition heats up between Jeff King and Lance Mackey as well as the other front runners in Unalakleet, the weather is about to do the same.
Predictions for Tuesday are a dramatic warming trend. From the looks for the surface chart, it could happen a bit sooner than that if the High Pressure that has been producing this perfect mushing weather dissipates.

Pete and the team have a 42 mile run into Kaltag, and then one of the longest runs of the race, 90 miles into Unalakleet. He will leave the mighty Yukon and head for the hills as he heads for Unalakleet. By late tonight or early tomorrow morning, the team will be able feeling the winds of the Bering Sea.

At Nulato, he is 351 miles from the finish line and 646 miles from the restart in Willow. So he is 2/3 done with the race, with one of the more difficult stretches below if the weather doesn’t cooperate.

A quick play with statistics shows this:
He left Takotna on 3/11 at Noon. He got into Nulato, 317 miles down the trail at 01:59am and 62 hours later. This gives him an average speed including layovers of a bit over 5mph. (The Ruby mandatory 8 layover would pretty much have matched his run/rest schedule) Now that doesn’t include the Nulato rest period which will make his average a bit slower.

My prediction for his finish is Wednesday late or Thursday early. (Hopefully without storm)

.TODAY…MOSTLY SUNNY. HIGHS 5 BELOW TO 5 ABOVE.
NORTHWEST WINDS TO 10 MPH. 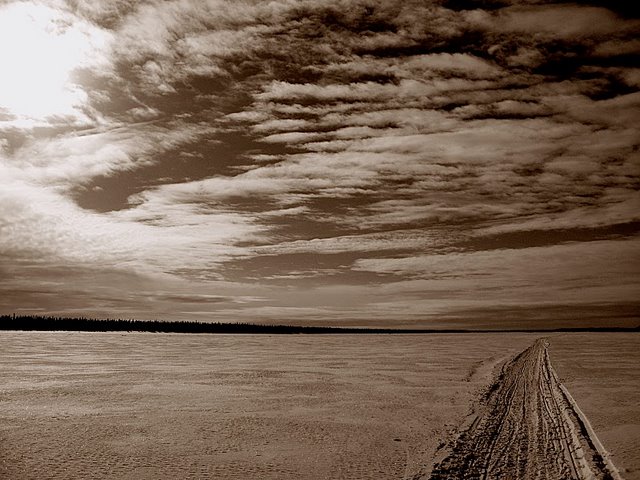 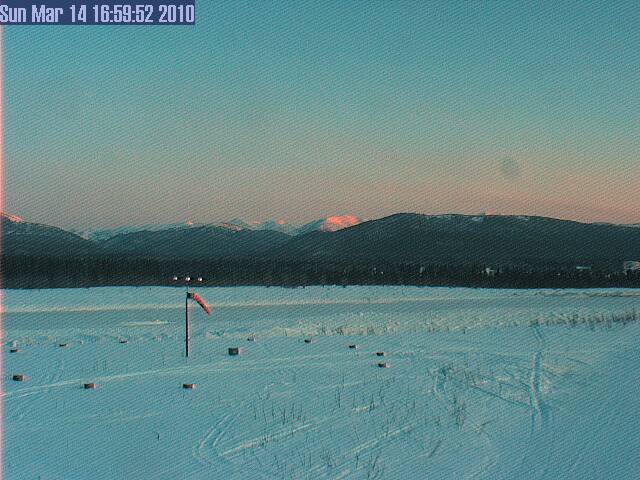 Pete and the team were into Nulato at 1:59am. Expecting he will be back on the trail by 9. (Clocks were “sprung” ahead last night)

You’ll enjoy these! Thanks to Paul and Isabella in Galena! 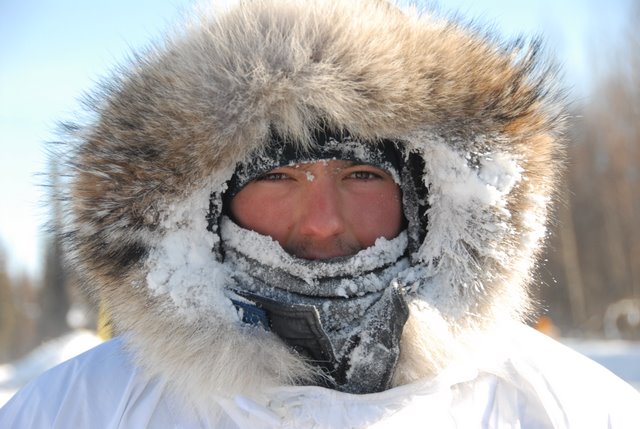 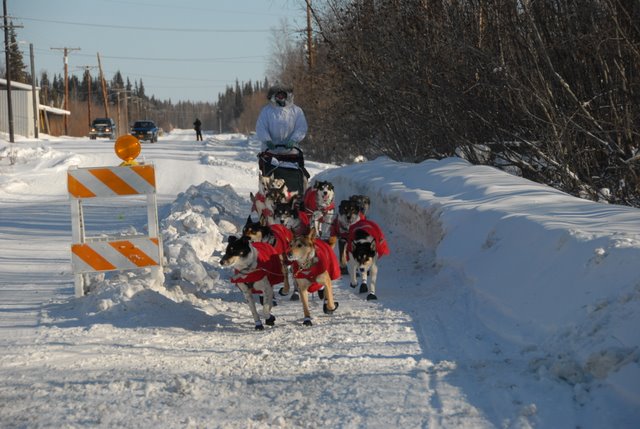 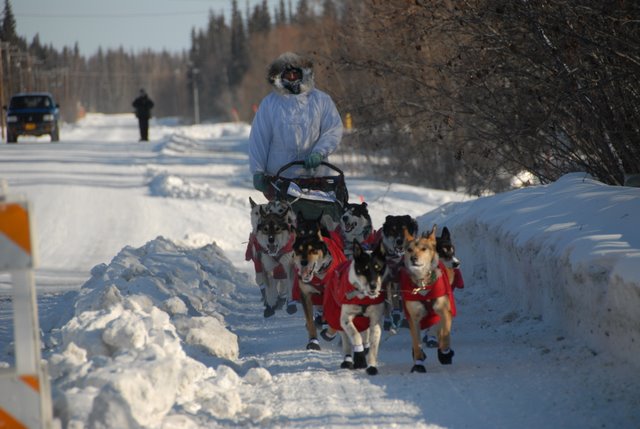