A tough trail for the dogs, but not for the mushers as warm temperatures took its toll on the trail, but a TOP TEN finish is very respectable. In addition to his eighth place finish, Pete also will take home the Best in the West prize that is awarded to local mushers in a race known for the top teams in ALL of racing.

Pete and the Team had an official Race Time of 42 Hours and 26 Minutes. He finished the race with 9 dogs. 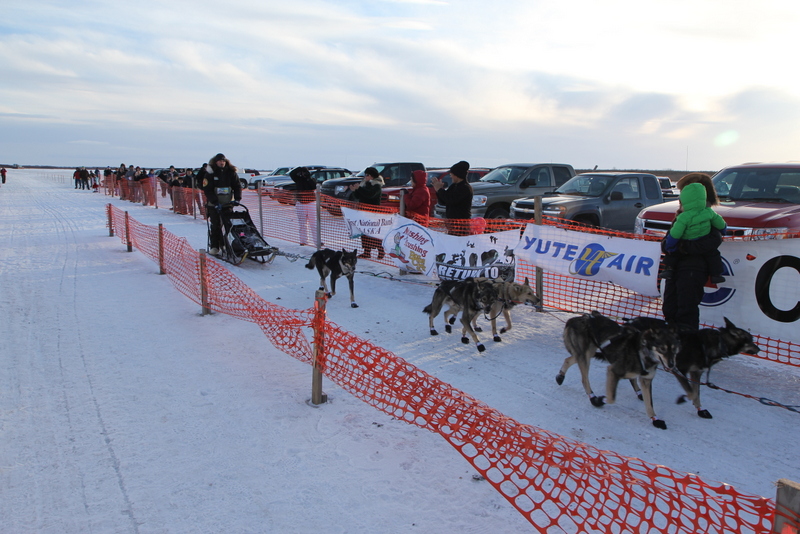 Listen to Pete’s Finish and Interview while you take a look at the Finish Photos!

Things seem to be going well and according to plan with the B-Team. Peter sounds upbeat are ready for the last third of the race. 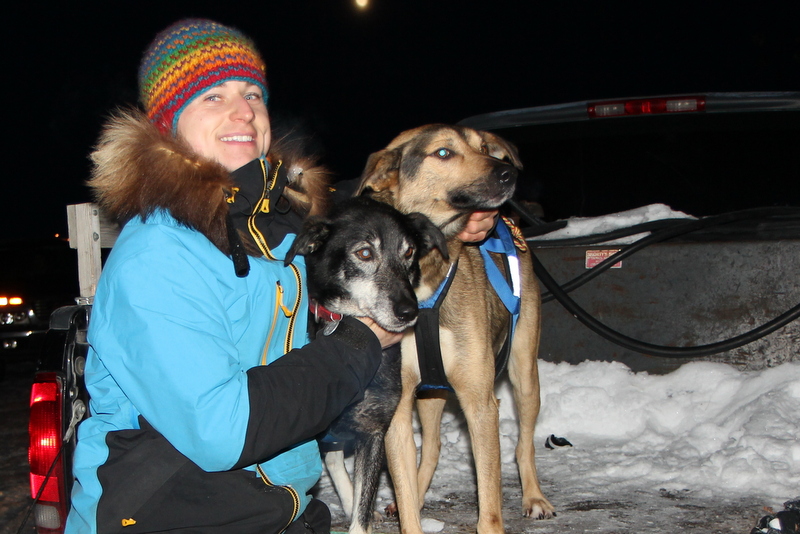 Congratulations to Rohn Buser on his 2014 Kuskokwim 300 Win! This is the second for the young musher. He arrived just 7 minutes in front of Jeff King who took second place.

Both dog teams looked awesome as the crowd gathered in the mild weather to welcome them home. Weather and trail conditions were the talk of the mushers who said that it was tough but great fun. 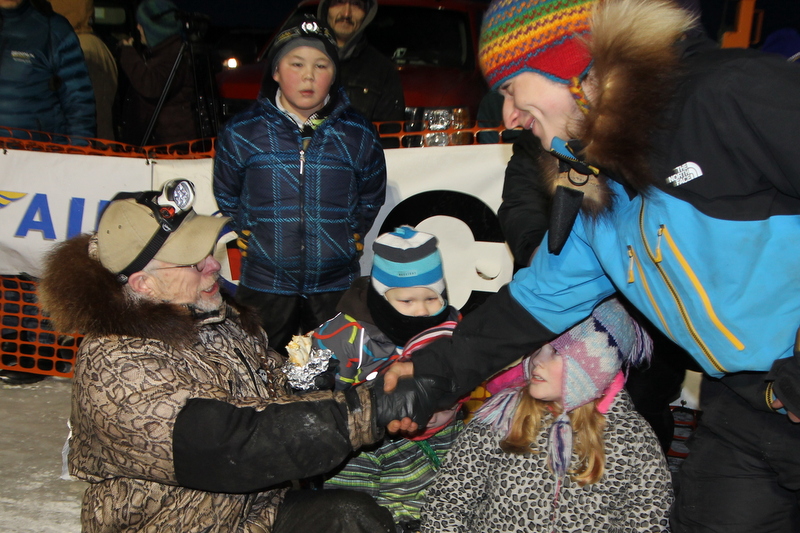 Here is audio from Rohn and Jeff at the Finish

The big news is always for the Finish, but there are a few positions undecided and it appears that anything could happen at this point.

As you look at the Tracker keep an eye on theses Teams:

Stay Tuned. Bethel folks should think about heading to the Finish.

Team Kaiser would like to thank our Sponsors for their support for the 2014 season and for all of the years of support actually, that have made this program possible. Please visit our sponsor businesses and tell them thanks in person if you get a chance. We really can’t thank them enough!

Just looking at the Tracker History of Shouviller Wassilie and comparing it to Jeff King. Between two very close points on the trail, Tuluksak and the Gweek to Tundra corner, Shouviller’s time was 3 hours exactly, while Jeff King’s time was 2 hours and 45 minutes for the identical section.

So Rohn and Jeff are running just a bit faster over that section of trail of about 30 miles or so. I haven’t had my coffee yet, but I’ll let you figure out the rest, but that point is about 20 trail miles from Bethel.

Given those calculations, I’m expecting Pete and the Team to arrive just about Noon. He dropped another dog and is running 9 in the Team.

The B-Team Express with Peter Reuter were out of Aniak this morning after a 6 hour break and are halfway to Kalskag at present. Expecting a late one or early tomorrow finish for the young Team.