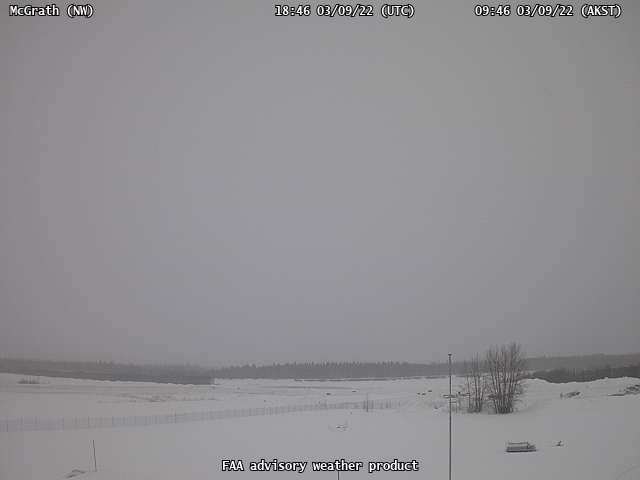 Pete and the Team arrived into McGrath at 9/16 last night and have decided to take the mandatory 24 hour layover.

Many Teams have moved on past the checkpoint with some moving up towards Cripple.

A lot of factors go into a rest decision. With Takotna out of the picture, Cripple is a very long way and Ophir is a bit spartan and can be crowded. I’m sure Pete looked at all of the conditions and said, “Let’s just do it now and get it over with.”

Today is basically a day off for Kaiser Fans as we wait for Pete and the Team to return to the trail this evening.

Shageluk doesn’t have a great weather forecast for tonight, but Ruby isn’t as bad. What this means is initially weather isn’t going to be great, but it will improve as Teams make the run up into Cripple and Ruby. I’m thinking this next portion of the trail could be the most challenging. Good leaders will really be worth it as Pete and the Team encounter the storm.

Galena Forecast-
Thursday- Areas of blowing snow after noon. Sunny, with a high near 21. Northeast wind 20 to 25 mph.
Thursday Night- Mostly clear, with a low around 0. Northeast wind around 20 mph. 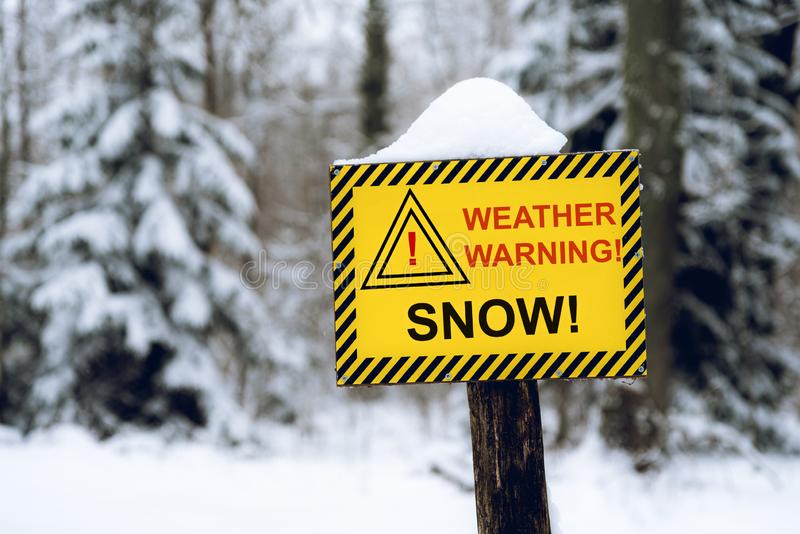 Pete and the Team rested 4 hours in Nikolai this morning after reaching the Kuskokwim River. The Team looked lively as they returned to the trail at 3:27pm and I’m wondering what he might do as he reaches McGrath. His Pal Richie Diehl was in and out of the checkpoint after a two hour break.

Will Pete do the same? Decisions, Decisions! Team Kaiser will reach McGrath very soon, so we are going to find out shortly!!

Talking to Pete before the race didn’t seem like Ophir was in the cards, but these warmer temperatures and an approaching storm could make it an advantage.

We are just two days into a 9 day race and McGrath and the 24 hour layover just seems a bit soon only 311 miles into the the race.

The thing on everyone’s mind is a heavy snow storm approaching from the Southwest. A massive snow storm is heading right into the path of the Teams and is expected to last until Thursday.

Two decisions– First to hole up in McGrath and let it happen while on the rest clock, or Second, to make a break for Ophir and hope that the conditions will slow Teams after them.

…Significant Snow South Of Telida and Anvik From Wednesday
Through Thursday…

Heavy snow will develop from Telida to Anvik south on Wednesday
and continue through Thursday. Telida and Anvik can expect 4 to 6
inches of snow, and areas closer to the Alaska Range could see
somewhere between 6 and 12 inches of snow. There is a possibility
of light freezing rain in these same areas on Wednesday and
Thursday as well. 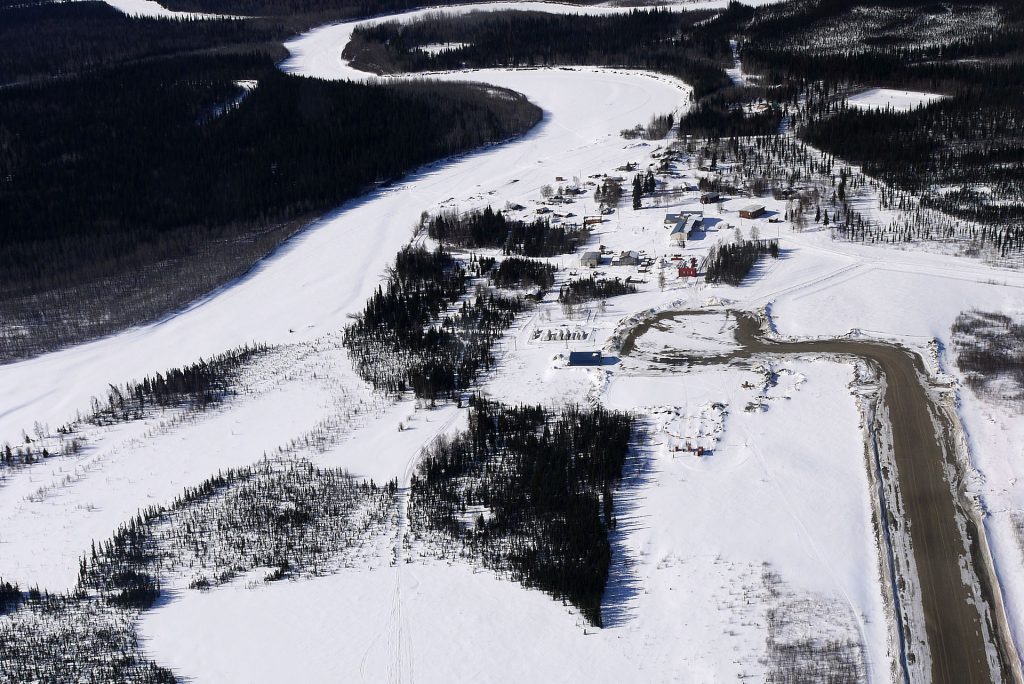 Pete and the Team arrived into the headwaters of the Kuskokwim and the Nikolai checkpoint at 11:14 this morning. Delmer and Swift led the group into the village looking great. Pete also looked to be in good spirits. Nothing like being part of a great Team to keep your spirits high!

Iditarod commentators Bruce Lee and Greg Heister were talking this morning about how there has never been a Team 24 in McGrath that has won the race. Speculation was that Brent Sass and possibly Dallas Seavey would make their way up to Cripple before taking their 24 hour layover.

I’m not so sure in this armchair about the strategy. Sass has attempted this before and it hasn’t worked out so well. At this hour Dallas Seavey is camped just outside of Nikolai taking a break as well. It will be interesting to see how this next day or so shakes out.

The main question is how far Teams will go before taking the layover. In the past Takotna was the traditional favorite, but with it out of the picture, it leaves Ophir and Cripple as options. The difficulty with both locations is the spartan accommodations 🙂 It can be cold or wet and having no respite can be a bit tough on Teams and Mushers alike. McGrath, however, has all that, but is actually to close to the front of the race to accommodate adding rest to the bank. It’s only 2o miles or so to Takotna, but that is still 20 miles.

I’m going to watch this for a bit and see what happens. A long night means a rest for virtually all Teams.

Where will Pete take his 24?

Let’s watch and find out!!

As has happened many times before, Teams are following several “Jackrabbit” Teams that have leaped out in front on the way to Nikolai and the Kuskokwim River.

Aaron Burmeister was first into Nikolai this morning at 7:40am, followed by Ryan Redington at 8:15am. Aniak’s own Richie Diehl was in at 8:20am. While those Teams setup for a break, Brent Sass and Dallas Seavey checked in and out on their way to McGrath.

What we are seeing this morning is something we have seen many times. Longer runs and shorter breaks on the first part of the trail with Teams trying to gain an advantage time-wise before the 24 hour layover. It isn’t the most conservative strategy and we will see how those decisions pay off later in the race.

If you think of rest in terms of money in the bank, a conservative approach will be to keep your rest balance near to your run times. This rest in the bank approach is more conservative and seems to be what Pete has decided for this portion of the race. We call it a “Race” but really it’s a trail to Nome and there are over 700 miles of trail in front of Pete and the Team. A good rest balance can pay dividends when Teams hit the Unalakleet and the coast and the real “Race” to Nome.

It is so early now, that Pete will be keeping his position in the Top 20 and maintaining a good happy Team.

Weather for the day is warm again, but not the rain and slush here in Bethel. That may change as this warm front moves further up into the Interior. We are lucky that this is the Northern route which will route Teams as far as possible away from the warm weather.

As the Kaiser Pit Crew made their way to Bethel, Pete and the Team also headed West today as well. The Monday after the Restart is always a bit challenging as we gather up and head for the airport. Checking the tracker and trying to get loaded up for Bethel always seems to take more time than it should.

Pete and the Team are sticking to a 6/4 run rest schedule that has them out of Rohn and headed towards Nikolai. It has been a warm day for mushing, but luckily temperatures this evening will keep Teams cool as they run and rest.

Expecting Teams to reach the Kuskokwim tomorrow and then, believe it or not, we will be talking about the 24 hour layover in McGrath. 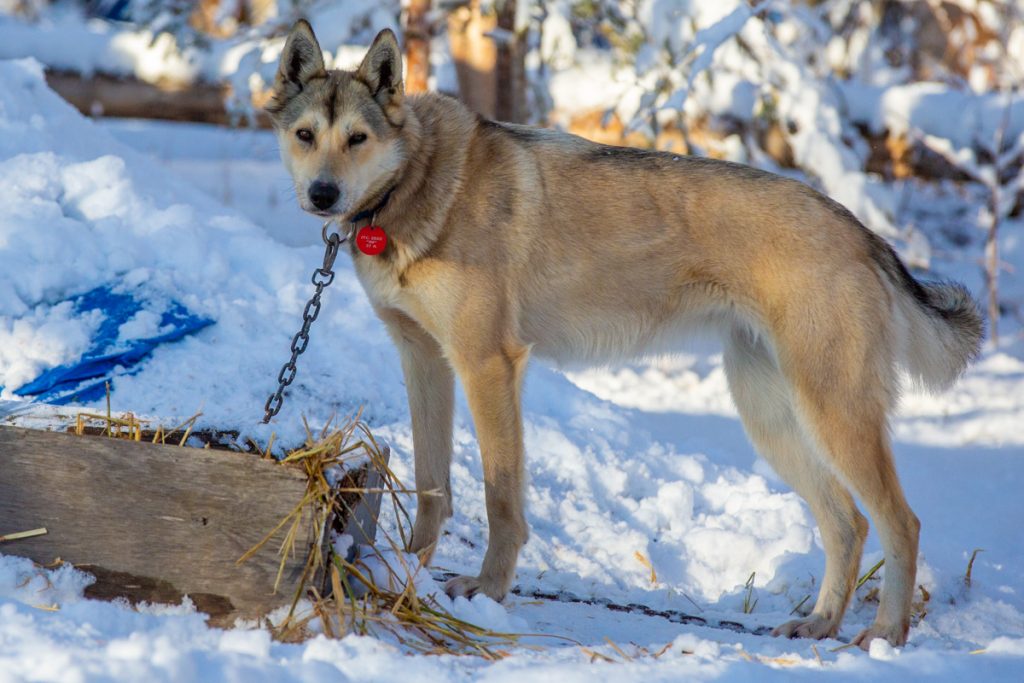 When it all comes down to it, Dogsled racing is really a celebration of the love we all have for these great talented animals. We all live vicariously through the relationships we see in the Mushers and their Teams. Watching Pete and his friends is really an amazing experience. While he is dedicated to this lifestyle, unfortunately it isn’t something that we, as Fans, can really dedicate in the same way. As such, it is really cool to be a part of not only the traditions of the sport, but also these awesome relationships that we get to see only a few times a year. I’m not sure if you notice, but I always capitalize Team. I do that on purpose to give respect to all of these great animals.

Yesterday as we prepared to leave Kaiser Central in Palmer, I spent some time shooting the group. Relaxed and happy in the shade, it was fun to just be around them. Our host, Doug Dorland, has adopted one of the retired Team members, Mosely and renamed her “Pickle”. A true couch potato, she has the run of the house and is just beautiful friend for him. Pete names his Team from different groups. Mosely is from the Boxing Litter. (Mosely- Hagler.. Etc)

Unfortunately I don’t have all of the names of this group. But enjoy them all the same! 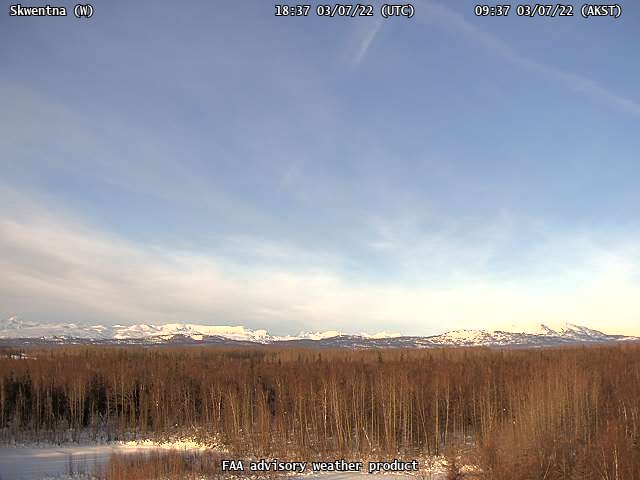 After all of the festivities are now complete, it’s time to get to business and start talking trail!

After leaving the Re-Start at 3:10pm, Pete and the Team ran about 5 hours and 30 minutes and took about a 4 hour break. Back on the trail at about 12:30am the Team ran another 5 hours and 30 minutes and are now camped about 6 miles before the Finger Lake checkpoint. A few Teams are doing the usual quick push up to Rainy Pass and into Rohn, but I’m expecting Mr. Kaiser to run a conservative race, especially in these warm temperatures and rough trail. I am also anticipating Pete to stay out of the checkpoints to hedge off any Covid concerns. Mushers will have been testing each day since arrival into Anchorage. There will be regular checks as well with the next one being in McGrath.

It’s hard to judge what temperatures Teams are seeing. Talkeenta is reporting 28 degrees while Rainy Pass is reporting -6. The forecast is for temperatures near 28 and light Northeast winds. The sun will be the real factor as we found yesterday in Willow. Temperatures were below the freezing mark, but the sun was pretty hot. Standing in the sun would warm you up in a minute. The Team was also feeling the heat as they are naturally insulated 🙂

A quick reminder that if you haven’t renewed, it’s time to get your Ultimate Plus subscription so you can watch the tracker along the way. 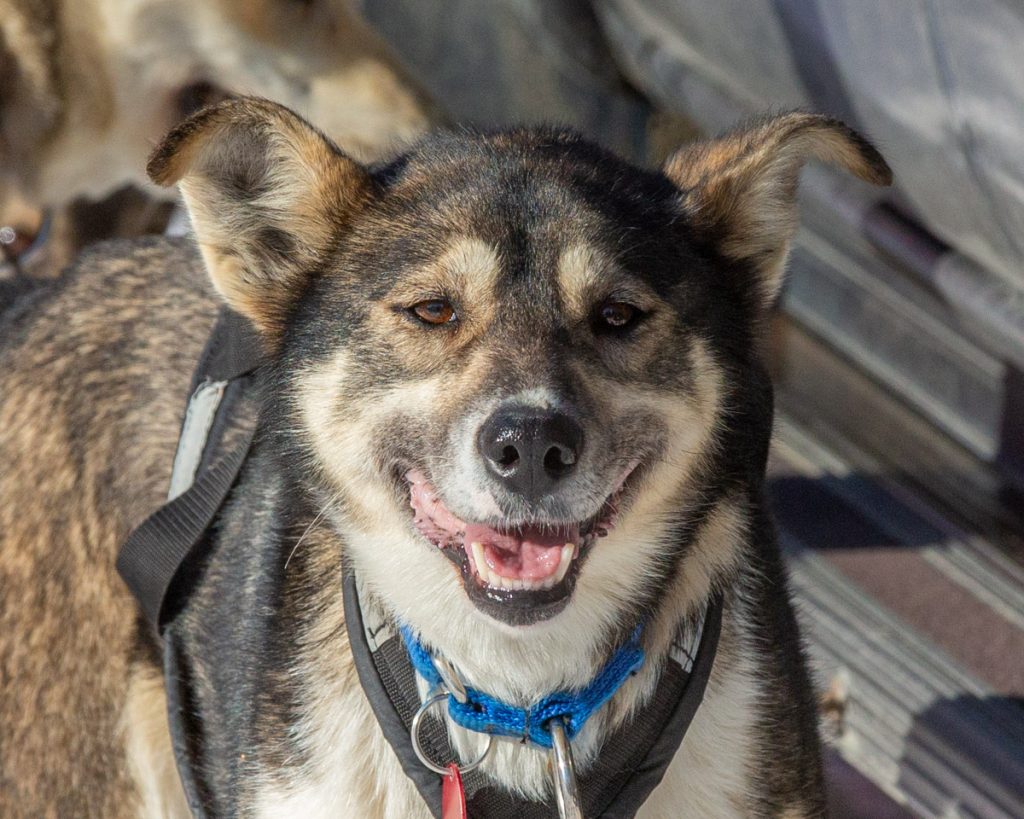 A little warm for Lucy in Willow! Sun was super warm for those of us from the Arctic! 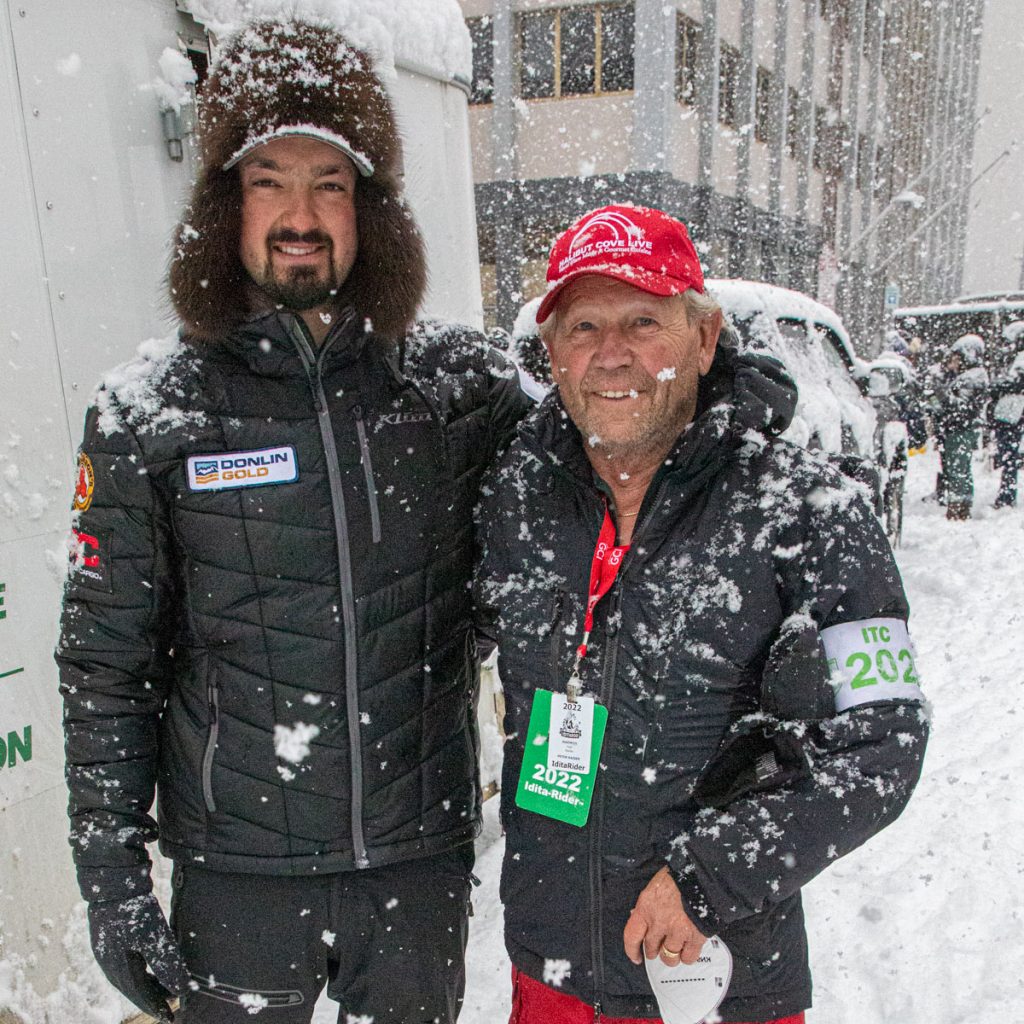 The Iditarider seat is a special place and a one of a kind experience. Over the years we have had the pleasure of meeting so many great fans of Dogsled racing. Even Pete’s Mom, Janet, has taken this fun ride.

This year one of our great Sponsors, Harmon Hall, decided to take the front row seat for the Ceremonial Start. Harmon and his wife, Pauli, operate Halibut Cove Live each summer near Homer. A few years ago the family wanted to get involved with Pete and help out in some way. They became sponsors and here we are. Harmon’s son, Dan Hall, is the President of Knik Construction and part of the Lynden family of companies which are also sponsor Kaiser Racing . Pete works for Knik often in the summer, so Dan and Pete go way back as well.

Harmon was a hoot. Really fun to be around and really interested in all of the going’s on. He showed up early was fast friends with everyone.

The ride was as snowy as I’ve seen it. Not quite rain, but just wet enough to make things challenging. The camera’s got a bit drenched but kept on filming, so apologies for the droplets. It was just part of the fun!

Here’s Harmon’s ride! Thanks for all of your support and being our 2022 Iditarider!