Hard to put into words– a beautiful dog team, a great family, fine friends, and a region of support in the greatest State in the Union… And a humble champion. Pete Kaiser is living his dream as we follow along. The first K300 was memorable. Now five times down the trail and an Iditarod trophy in his parents home. We are so lucky to be a part of his Journey. Thanks to all Kaiser Racing Friends, Supporters and Sponsors. It’s not possible without all of you! Quyana! 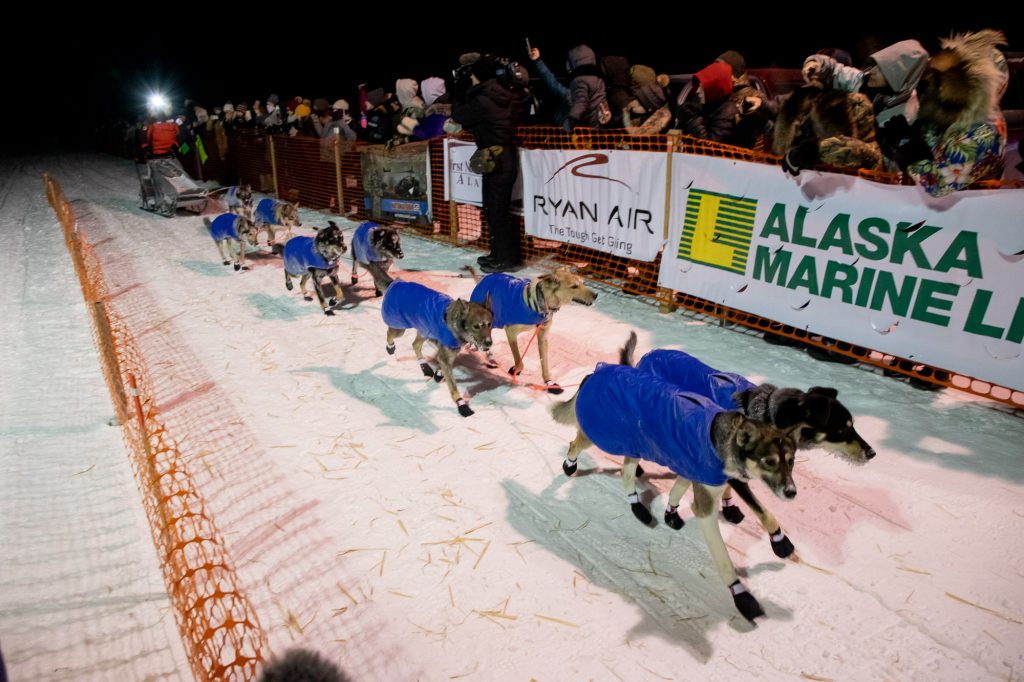 Un-Pete-able is how his nephew described him!

This Kuskokwim 300 was as tough as it gets with such great competition. Pete had his work cut out for him from the day training season began this fall. The pressure to do well is something that is the fabric of who Pete Kaiser is, but with multiple K300 wins and the 2019 Iditarod Championship under his belt, there had to be a little more pressure to do well.

Pete has been training on the tundra in the fall time and then with the snowmachine later. Training conditions have been better than warm years past, but there is never a year where conditions are perfect.

Pete was very happy with the Team. They looked beautiful coming across the line. Richie Diehl described the Team as “smooth” and “fluid” Nice compliments from Pete’s upriver friend.

A huge crowd had gathered to see their Champion pull off a win. Everyone wanted a snapshot with him before he could head home to bed down the Team, have a pancake with some friends, and then off to slumberland.

Here are some photos from the finish! Congratulations Pete! Go Team Kaiser!

While we slept (Or at least I did for a few hours – haha!) Pete and the Team have been cruising down the trail towards the 2020 Kuskokwim 300 Finish Line.

As Matt Scott can tell you, anything can happen in the short distance between Akiachak and Bethel. Pete checked out of Tuluksak after his 4 hour layover right on time at 3:57am with 11 dogs. 10 minutes later Richie Diehl and Matt Failor took chase.

Over the last couple of hours Pete has opened up the interval to about 40 minutes and the Tracker Raceflow shows the lead to be increasing.

The fastest Akiak musher made the run from Akiachak to Bethel in about one hour 30 minutes as did the Bogus Creek Teams.

We are looking at a finish near 9am, so time to make some coffee and get ready to head down to the festivities around 8:30 or so. (Trackers can be wrong and you don’t want to be late! Been there. Done that!)

The question mark is whether Matt and Richie have been holding back and will make a run for it. Anything can happen in dog sled racing, but I guarantee it will be an exciting finish!

After a nice warm temperature spike to 6 above last night temps have fallen to -6 under clear skies and a sliver of the moon shining. So dress warm and we will see you at the Finish!

Jeff King is into Kalskag. He has one hour remaining on his 6 hour mandatory layover. Pete is about 15 minutes out of Kalskag.

Here’s what’s going on.
Pete may or may not snack his Team. If he does, he will be on Race Time as opposed to layover time, which is effectively off the clock.

So what this means is that every minute that Pete stays in Kalskag, Jeff King gains on him.

There will be a bunch of Teams headed into Kalskag and the “fly in the buttermilk” to quote an old saying is that Joar Ulsom’s tracker isn’t working so we have no idea where he is!!!

It’s going to be ultra exciting tonight as Teams head for Tuluksak.

I’m expecting short breaks for most of the Teams to take advantage of hot water that they won’t have to make on the trail. It is 85 or so miles from Aniak to Tuluksak and this run has been made many times without a break. So there’s that as well.

Welcome to the Race folks!! From here to the finish it is truly going to be exciting.

I’m starting to make a few predictions on Finish Time.

Last year Pete made the run into the Finish, including the 4 hour mandatory layover in Tuluksak in around 13 hours. Pete arrived into Bethel at 7:17am after leaving Kalskag at 6:08. At the time of this post, it is almost 7pm. That puts us into Bethel after 8:30 in my prediction tomorrow morning.

The one Team I am really looking at is Richie Diehl. His speeds have been just a bit faster when looking at the Raceflow feature in the Tracker.

Mr. Rearden checked my stats and found that I had left out Joar Ulsom in my calculations and we all need to remember him as well. If he has no tracker, we won’t know anything… Super bummer! And Joar has a good fast Team as well that left only 13 minutes behind Pete.

It’s going to be exciting! 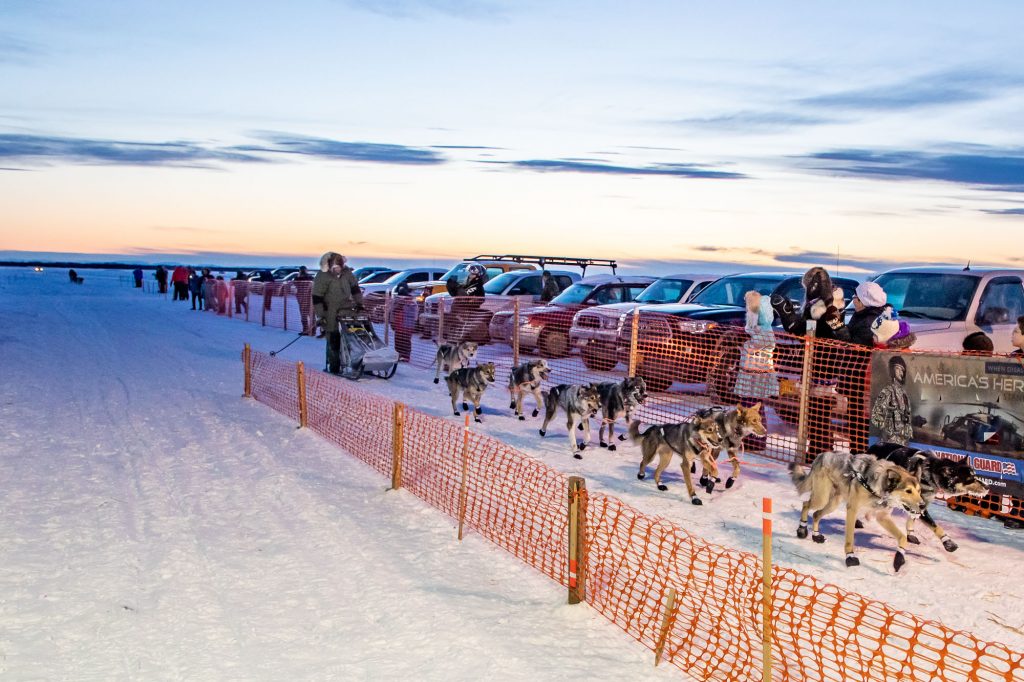 So many miles and races. So many memories.

All that time and to see his son take the reins and become an Iditarod Champion. Sled dog racing is definitely in the Kaiser bloodline and this year’s Bogus 150 was no exception. Driving the B Team, Ron took out onto the trail and by the halfway point was 8 minutes behind the leader.

As Teams came down the trail towards Bethel, the interval remained pretty consistent until Akiachak when both Matt Scott and Ron Kaiser put it into high gear and started to make their move. Less than a mile from the Finish, poling with a ski pole, Ron picked off Alexie Larson. Then, with the finish in sight, both Jason Pavilla and Ron Kaiser realized that they would have to help their Team if they wanted to win. It was a footrace as Ron passed the young man from upriver and made his break for the line. With no time to spare, Ron crossed the finish line, only about 30 seconds in front of Jason.

What a great finish and Ron was beaming ear to ear, tired, but certainly satisfied.

Kaiser Race fans were there to meet him, including his old buddy and mentor, Bill Eisenbart, who helped Ron get into racing all those many years ago. Rick Hanson, his friend and perennial dog handler was there as well as many family and friends. Of course, Janet, his wife and biggest fan was there, absolutely thrilled. It was a great moment for all of us to see Ron finish such an exciting race.

Here’s the photos from the finish.

2nd place by less than a minute

Wife Janet to meet him

Matt Scott has been mushing for 7 years and looks to Pete for advice and as a role model. A few Kaiser dogs made up his winning Team! Congratulations to Matt!