Team Kaiser Pit Crew was celebratory last night as Pete and Richie arrived into McGrath to begin their 24 hour layovers.

This year layovers are a bit different and in some ways match the K300.

From ADN.com- “Mushers must take a total of 40 hours of mandatory layover time in the 852-mile, round-trip race: an eight-hour break somewhere between the two checkpoint stops in Rohn (northbound and southbound), a 24-hour layover anywhere before and including the Iditarod checkpoint, and eight hours in Skwentna on their southbound journey. Skwentna is 67 miles from the finish line in Deshka Landing.”

What this means is we are going to see quite a difference in layover strategy as Teams make their way around the “Gold Loop.”

Pete and Richie, as well as many others, have opted to take their 24 hour layover a bit early in McGrath instead of moving up towards the other alternative, Ophir. McGrath has a few more amenities in terms of water and a place to stay, so I’m thinking that the boys are strategizing that they’ll take one last easy break before taking the loop up to Iditarod and back that will require trail camping.

Kaiser Racing readers will know I love to analyze and look at numbers… One thing that has been on my mind is how this is a shorter race and traditional checkpoints are altered in terms miles versus total miles. McGrath seemed a bit early to take a 24 hour layover.

As per usual, Pete and Richie are way ahead of me!!

I did a trail comparison between a traditional Northern Route race and this Gold Loop race which is almost 112 miles shorter. What I found was that in a traditional race, Pete lays over in Takotna. Takotna is mile 318 of 964, or 33% of the race completed.

In this year’s race, McGrath is mile 295 of 852 total miles, or 35% of the race completed. In this year’s shorter race, Teams stopping in McGrath are actually further down the trail than a traditional longer race! 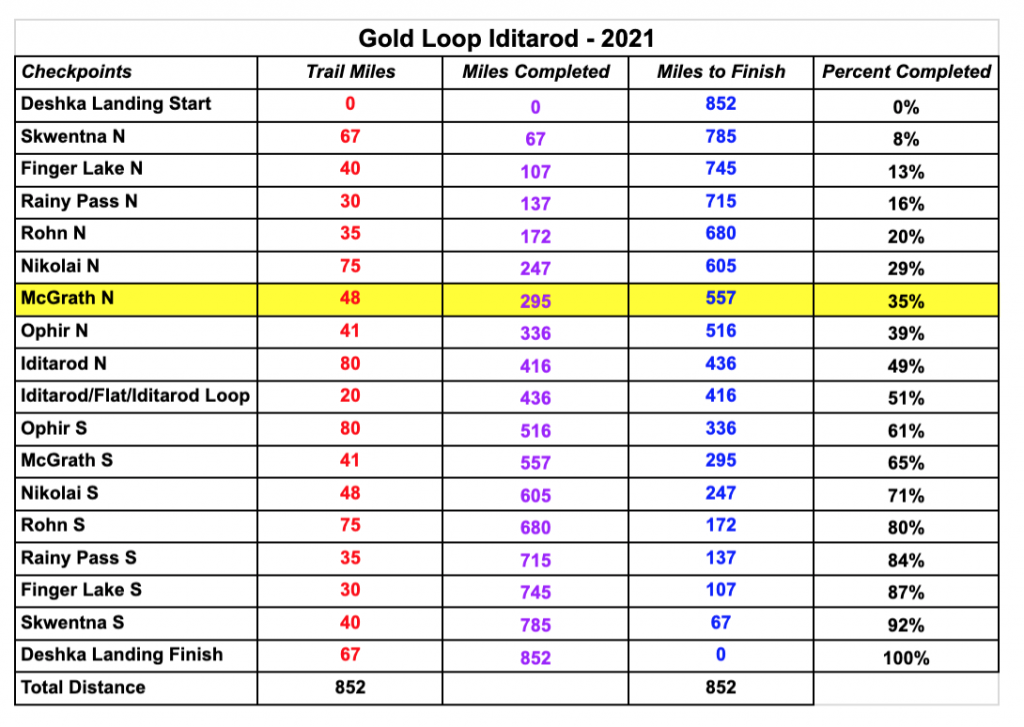 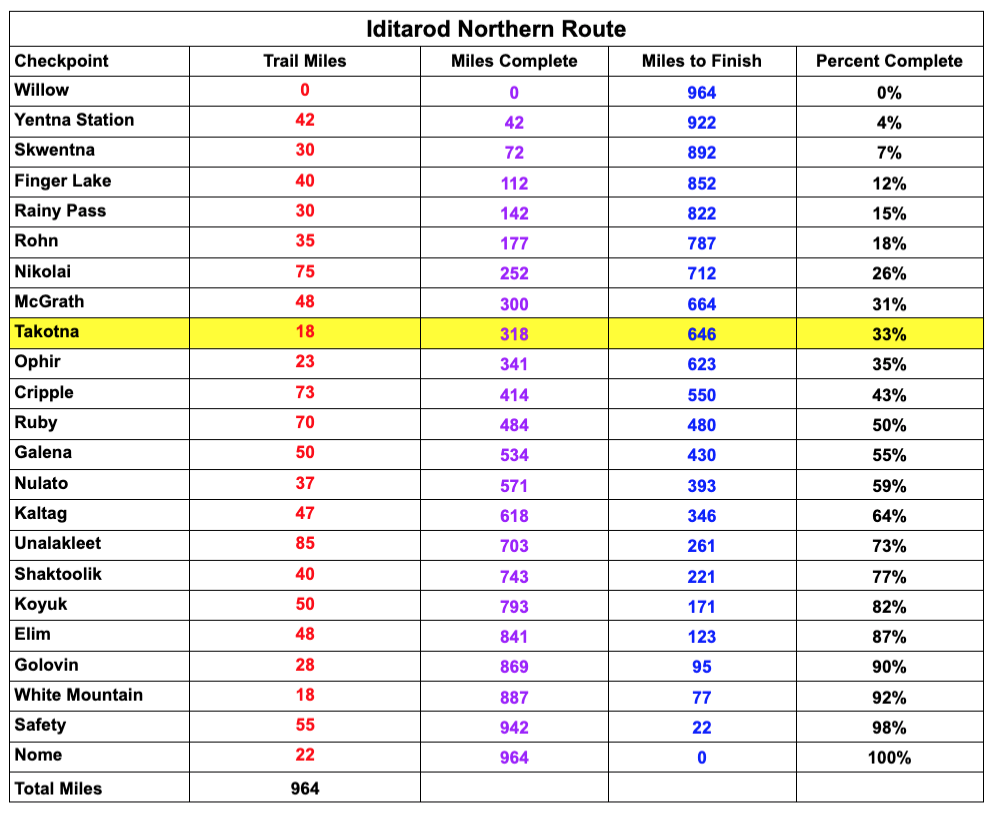 Team Kaiser’s pit crew welcomed Ron home from the Start last night and he brought presents to those of us that couldn’t make the trip. Somehow he found a brewery in Anchorage that makes Real Diehl Ale!  Odd Man  Rush Brewing in Eagle River had a special run of the brew and Ron gathered a bunch to bring back for all of us. In the meantime, Kaiser Racing’s trail pilot, Mike Hoffman, had just come back from delivering Richie’s Trophy to his parents in Aniak and brought back some pizza from Esther Diehl’s Hound House Pizza. As Pete rested, Team Kaiser celebrated both the Kusko Boys as they are doing awesome on the trail. New CDC guidelines allowed us to gather after having completed our shots weeks ago! A welcome change after a year of separation.

Here’s to the Kusko Boys!